Despite the pandemic, the Rhode Island workers’ compensation system has continued to function extraordinarily well. As always, Beacon has been engaged and involved at every level of the system. Please accept the following update on all things workers’ comp in Rhode Island in July of 2021.

The Workers’ Compensation Advisory Council made recommendations for change to the General Assembly again this year in its annual “omnibus bill”. (S 0937, H 6376). The Legislature accepted those recommendations and the changes became law with the Governor’s signature on July 14, 2021. The changes include an amendment to the formula for determining the indemnity rate paid to incapacitated workers to 62% of the average weekly wage. With changes to the Internal Revenue Code, the existing “spendable base wage” formula became almost impossible to compute. While the change may minimally impact the indemnity rate for certain injured workers, it should broadly equate to what is being paid at present and will only apply to workers who are injured on and after January 1, 2022. You can expect new forms from the Department of Labor & Training to reflect these changes.

There were two other statutory changes included in the omnibus bill. The first was matching the formula for determining the average weekly wage after an employee suffers a recurrence with the standard average weekly wage calculation. This will simplify the calculation process and make the benefit amount more predictable. The second change amended the denial and dismissal settlement statute to impose penalties for non-compliance with the court’s order. It also clarifies the statute relative to the consideration of Medicare’s interests for denial and dismissal settlements. As distinguished from a lump sum settlement, the denial and dismissal settlement is not a workers’ compensation payment and no medical bills are paid. While this clarification does not prevent Medicare consideration, it no longer requires it. These two changes become effective on the date of passage.

At its final meeting during this past legislative session, the Advisory Council charged its task forces with studying other issues for consideration next year to include cross-examination of Court appointed impartial medical examiners, changing the mechanisms and fees surrounding the waiver of compensation form filed with the Department of Labor & Training, compensability of hearing aids, the method by which third party liens are determined, the employer burden of proof when reducing an employee from total to partial incapacity, marijuana intoxication, and sheriffs and some police in relation to the workers’ compensation system.

The Medical Advisory Board (MAB) continues to review and update its protocols for the treatment of work related injuries. The Board has a new Chairman, Dr. John Parziale, who has a wealth of experience in the treatment of injured workers. Dr. Parziale has been an active member of the Board since its inception. The next meeting of the Board is September 21, 2021.

At the Workers’ Comp Court, contested pretrial hearings, initial hearings, settlements and mediations continue to be timely heard. Pretrial hearings are still conducted within 21 days of the filing of a petition. The only delays are in trials, where courtroom availability remains limited by the Pandemic State of Emergency. The Chief Judge has announced that the Court will be resuming live operations on September 7, 2021. Some elements of the Pandemic virtual calendar may be adopted but pretrial hearings and trials will be back to the pre-pandemic process as of that date.

As full transition from the pandemic begins, we at Beacon will be there to assist in any way we can to keep the Rhode Island workers’ compensation system well- functioning and efficient. This includes keeping you, our policyholders, informed on all things workers’ comp. Please contact us at Beacon with any questions, concerns or ideas regarding the above or on anything relating to Rhode Island workers’ compensation.  Get Started with RI Workers' Comp insurance.

Please contact Michael D. Lynch, Esq. with questions about these changes outlined above or other issues affecting workers’ compensation in Rhode Island. 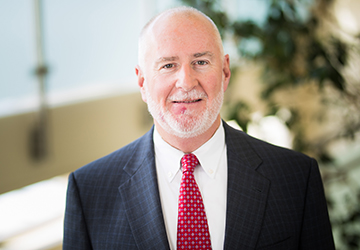