Caught in the Act

Beacon Mutual recently identified an injured employee who was collecting workers' compensation benefits, while  also working a second job.  Beacon's fraud prevention team caught the employee in the act! Unfortunately, this type of claims fraud is one of the common ways an employee tries to scam the system. Identifying this behavior and closing the claim resulted in a success for both the policyholder and for Beacon who saved the policyholder over $20,000 in fraudulent benefits.

This case involves a 37 year old who initially sustained an injury to his back while working for our policyholder. As the claim progressed, and due to the diligence of our claims team, we learned that the employee was working while collecting workers’ compensation benefits.

Through surveillance and documented Facebook posts regarding the claimant's employment, we were successful in suspending the payment of indemnity benefits at the Workers’ Compensation Court.

The case was referred to the Workers’ Compensation Fraud & Compliance Unit who, in turn, after extensive review and follow up, referred it to the Attorney General’s office. The case was recently prosecuted in Providence Superior Court where a final disposition was rendered. The employee/defendant pled to obtaining money under false pretenses over $1,500.00 and one (1) count of Workers' Compensation Fraud. He was sentenced to 5 years suspended probation and was ordered to pay $6,985.54 in restitution.

The thorough and complete investigation by Beacon's claim representative, the efforts of our fraud prevention team, and our strong partnership with the Workers' Compensation Fraud & Compliance Unit and the Attorney General's office, lead to this great result.

Workers’ compensation fraud is a crime. 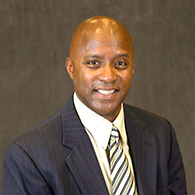 END_OF_DOCUMENT_TOKEN_TO_BE_REPLACED

Role of the Ergonomic Consultant